If you’ve ever used VirusTotal to scan your Apps (.apk), at some point you would’ve seen an irritating result with ‘Babable’ Antivirus marking your App as unsafe with “PUP.HighConfidence”.

So what is PUP.HighConfidence?
Well, PUP stands for ‘Potentially Unwanted Program’ & the HighConfidence just means that the chances are high that the app is PUP!

Here is what I did & listing below my findings on PUP.HighConfidence –
• I made a simple App which had an EditText, Button & a TextView.

• The App was simple, it would show the typed text in TextView on Button’s click.

• After many tries, I then thought of uploading a Release (Non Debuggable) version of the App.
(Previously, I uploaded a Debug version)
But the error still remained! 🙁

• Next, I then signed the App with a production key & uploaded the same on VirusTotal & below is what I found – 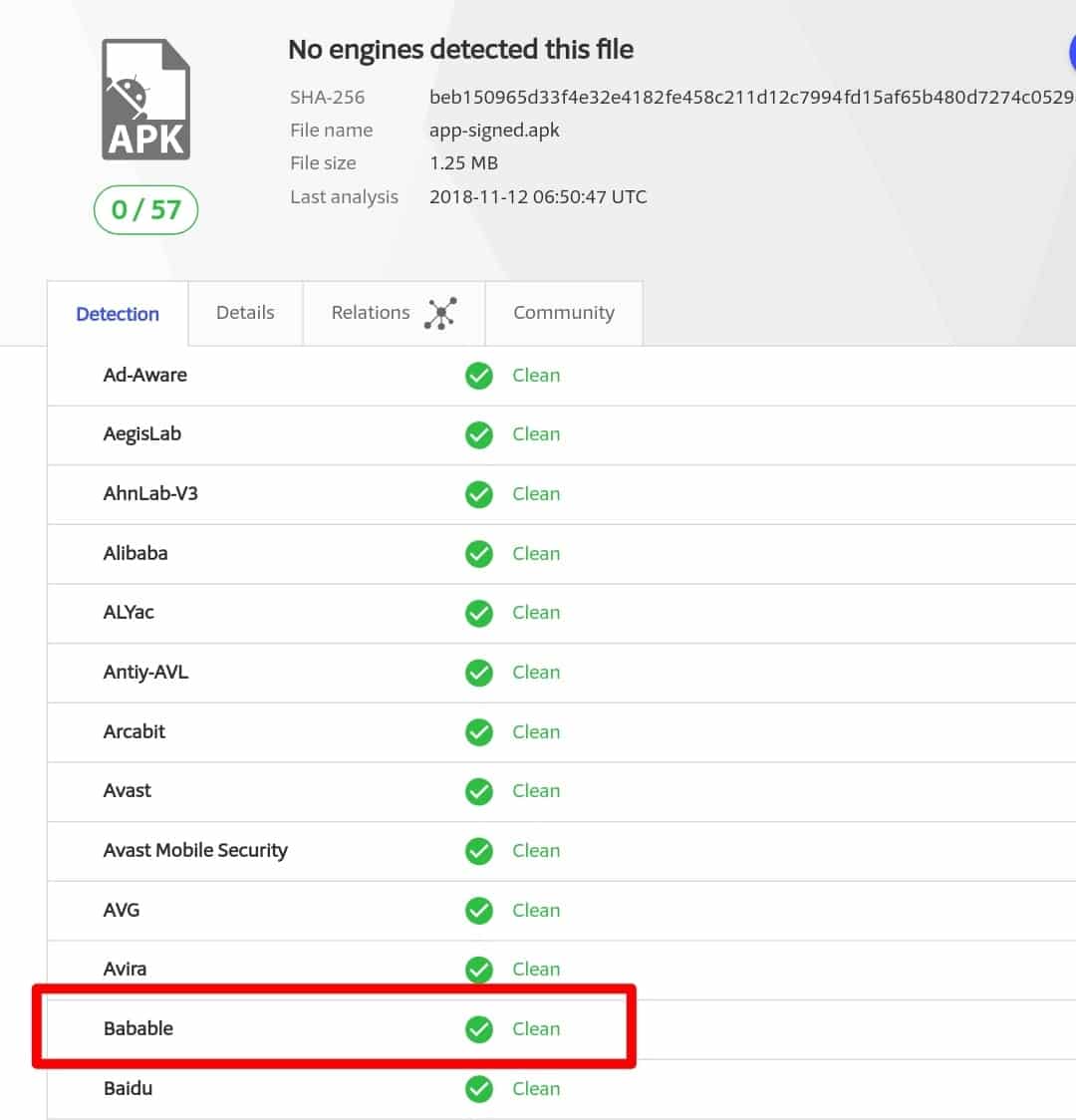 ★ – The ‘Babable’ Antivirus doesn’t mark the App unsafe if the App is a RELEASE version & SIGNED with your PRODUCTION Key!

Even if the App is Non Debuggable version but is still signed with the Default Android Debug keystore, it is marked as PUP.HighConfidence!

Posted in Blog by DarShan